This collection of the works of America’s legendary first African-American filmmakers is the only one of its kind. Funded in part by a highly successful Kickstarter campaign, the packaged set includes no fewer than a dozen feature-length films and nearly twice as many shorts and rare fragments. Subject matter includes race issues that went unaddressed by Hollywood for decades. 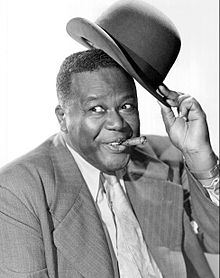 Spencer Williams (July 14, 1893 – December 13, 1969) was an American actor and filmmaker. He was best known for playing Andy in the Amos ‘n Andy television show and for directing the 1941 race film “The Blood of Jesus”. Williams was a pioneer African-American film producer and director. (Wikipedia)

This clip is a scene from Richard Maurice’s ELEVEN P.M. (circa 1928). It is regarded by historian Henry T. Sampson as one of the most outstanding black films of the silent era and is Maurice’s second and only surviving film.

Eleven P. M is one of more than a dozen feature films showcased in Kino Lorber’s five-disc collection PIONEERS OF AFRICAN-AMERICAN CINEMA, now available at KinoLorber.com and Amazon.com. Music is by Rob Gal. Mastered from 35mm film elements preserved by the Library of Congress.

These films and filmmakers deserve to be remembered, honored and explored. Their contributions play a significant role in the development of the American cinema.

For more on the history of African-American Cinema: