Once upon a time an inventive movie fan and a sales manager from Camden, New Jersey came up with the genius idea of providing film loving motorists with a way to park their cars, bring their blankie, pillow, and favorite snacks while wearing their comfy PJs and watch movies in the comfort of their own automobiles.

Reportedly, inspired by his mother’s struggle to sit comfortably in traditional movie theater seats, Richard Hollingshead, subsequently came up with this concept of an open-air theater.

Hollingshead conducted outdoor theater tests in his driveway by nailing a screen to trees in his backyard and setting a 1928 Kodak projector on the hood of his car. He put a radio behind the screen and tested different sound levels with his car windows down and up. 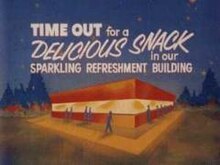 The young entrepreneur received a patent for the concept in May of 1933 and opened Park-In Theaters, Inc. less than a month later, with an initial investment of $30,000. He advertised his drive-in theater with the slogan, “The whole family is welcome, regardless of how noisy the children are.” The first film shown was the Adolphe Menjou film Wife Beware. (History.com)

Even though Hollingshead’s theater failed to make a profit, the concept did catch on nationwide and reached its peak in the late 1950’s and early 1960’s. (Wikipedia)

Among its advantages was the fact that a family could bring their children while watching a movie and teenagers with access to autos found drive-ins ideal for more private dates. (private, eh?) 😉

Though not as many, drive-in theaters still survive today. I’ve always thought the drive-in was a really cool idea. It could be a communal experience with patrons hanging out by their vehicles, children playing and young couples just trying to get a little privacy.

Over 80 years of B-movie fun and a great way to enjoy a leisurely Saturday night.

2 responses to “Memories of Drive-In Movies📽🍿🌭🚘” 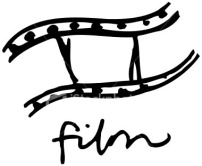