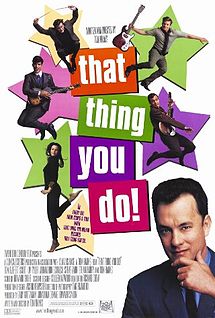 Tom Hanks‘ film – written, directed by and co-starring Tom Hanks – chronicles the road to fame of the fictional one-hit wonder – “The Wonders” (previously the” O-need-ers” 🙂  It was produced by Jonathan Demme.

Set in Erie, Pennsylvania 1964, the plot involves Guy Paterson filling in as drummer for the band after their regular drummer, Chad (Giovanni Rabisi) breaks his arm.  Leap frogging over a parking meter-really?

Cutting to the chase:

The rest as they say is one-hit wonder history.

Lenny by far is my favorite character!  He gets it.  Enjoy the moment.  He’s relaxed, funny and always the life of the party.  When asked a question by a reporter during their State Fair Tour he replies with a sorta crazy nasally sounding voice:  “Oh I’m not here with these fellas, I gotta pig in competition over at the livestock pavilion and I am gonna win that blue ribbon!”  Leaving the reporter with a stupefied look on his face.  Classic Lenny.  Priceless!

It’s a fun filled musical ride worth the re-viewing or viewing if you haven’t already checked it out. 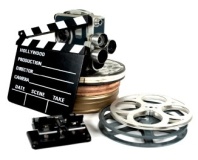