Robert Vaughn was a cool, and debonair symbol of the 1960’s and will forever live on as the suave secret agent, Napoleon Solo. The iconic international spy tasked with saving the world on a weekly basis lost his battle with Acute Leukemia and died on Friday, November 11, 2016, in Danbury, Connecticut. He was 83.

Vaughn’s first film appearance was as an uncredited extra in “The Ten Commandments” (1956), playing a golden calf idolater also visible in a scene in a chariot behind that of Yul Brynner. His first credited movie role came the following year in the Western Hell’s Crossroads (1957), in which he played Bob Ford, the murderer of outlaw Jesse James.

Robert Vaughn’s first notable appearance was his role as a man accused of murder in “The Young Philadelphians” (1959) staring Paul Newman and for which Vaughn received a nomination for both the Academy Award for Best Supporting Actor and the Golden Globe Award for Best Supporting Actor – Motion Picture. In his next role, he would portray the insecure gunman Lee in the Old West-style remake of Akira Kurosawa’s 1954 Japanese masterpiece Seven Samurai, “The Magnificent Seven” (1960). (Wikipedia)

When The Man From U.N.C.L.E. ended, Vaughn landed a major role playing Chalmers, an ambitious California politician in the mega box office hit Bullitt (1968) starring and produced by screen legend, Steve McQueen; Vaughn was nominated for a BAFTA Award for Best Supporting Actor for this role. 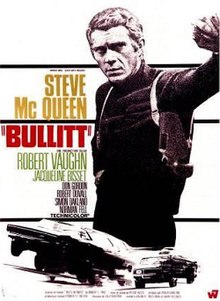 In 1978 he won a best supporting actor Emmy for his performance as a White House chief of staff in the miniseries “Washington: Behind Closed Doors.” (New York Times)

However, the role he is most remembered and loved is Napoleon Solo, the dashing international spy for U.N.C.L.E. (United Network Command for Law Enforcement) Together with his laid back partner Illya Kuryakin (David McCallum), the enigmatic Russian spy, he battled T.H.R.U.S.H. (Technological Hierarchy for the Removal of Undesirables and the Subjugation of Humanity), a super secret organization intent on achieving world domination.

From 1964 to 1968, in the thick of the Cold War, millions of Americas tuned in weekly to check out the wit and cool of the unlikely duo (American and Russian) as they foiled the various diabolical schemes of the colorful T.H.R.U.S.H. villains.

The show was an obvious parody of Ian Fleming’s James Bond films and Mr. Fleming actually served as an advisor, which probably lent more authenticity to the characters and storylines. He is also widely credited with coining the name Napoleon Solo.

Robert Francis Vaughn was born on Nov. 22, 1932, in New York City into a theatrically inclined household. His father, Gerald Walter Vaughn, was heard on radio series like “Gangbusters” and “Crime Doctor,” and his mother, the former Marcella Gaudel, appeared in a 1931 Broadway production of “Dracula.” The couple divorced when Mr. Vaughn was an infant and he moved with his mother to Minneapolis, where he was partly reared by grandparents. 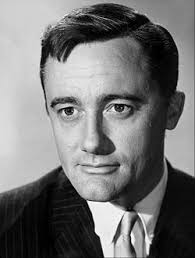 He was encouraged by his mother to pursue acting, starting with having him (at the age of 5) learn the soliloquy, “To Be or Not to Be..” from Hamlet. In 1952 he headed to Hollywood studying theater arts at Los Angeles City College during the day while pursuing bit-parts.

Earning a master’s degree in theater, he received a Ph.D. in communications from the University of Southern California in 1970. In 1972, he published his dissertation as the book Only Victims: A Study of Show Business Blacklisting. (Wikipedia)

He was known for hanging out at local Hollywood hot spots with the likes of Bette Davis and dated (a legend in her own right) actress Natalie Wood. After graduating from college in 1956, Mr. Vaughn signed with Columbia Pictures for $15,000 a role. However, his career was put on hold after he was drafted into the Army serving 18 months.

Mr. Vaughn continued to work as an actor into his 80s. He appeared on the British television series “Hustle” from 2004 to 2012 and on another British show, “Coronation Street,” in 2012. He was seen on an episode of “Law & Order: Special Victims Unit” last year.

Robert Vaughn is survived by wife, actress Linda Staab, whom he married in 1974 and a daughter, Caitlin Vaughn; a son, Cassidy; and two grandchildren.

He will always be a fond reminder of my childhood and the swinging ’60s. Those days are gone, but Napoleon Solo will forever live on. 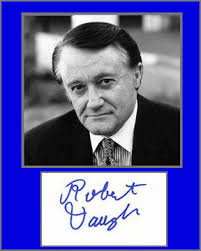