Anytime I feel I’m running on low energy I just channel Tina and my body can’t help but pulsate.

Today we celebrate Tina Turner’s 77th birthday and the life of an icon and true RockStar! I marvel at her eternal youth and vitality. I wanna be just like her when I grow up!

Tina Turner, born Anna Mae Bullock on November 26, 1939, is an acclaimed recording artist, dancer, actress, and author, whose career has spanned more than half a century, earning her widespread recognition and numerous awards.

Born and raised in Nutbush, Tennesse, she began her musical career in the mid-1950s as a featured singer with Ike Turner’s Kings of Rhythm, first recording in 1958 under the name “Little Ann.”

Her introduction to the public as Tina Turner began in 1960 as a member of the Ike & Tina Turner Revue. Success followed with a string of notable hits credited to the duo, including “A Fool in Love”, “River Deep – Mountain High” (1966), “Proud Mary” (1971) and “Nutbush City Limits” (1973), a song which she herself wrote. (Wikipedia)

Imitating Miss Tina was part of my childhood as my girlfriends and I would shake our booties whipping our hair and working it out with the ladies.

This is an early performance of the gift that is Miss Tina Turner!

In her autobiography, I, Tina, she revealed several instances of severe domestic abuse against her by Ike Turner prior to their 1976 split and subsequent 1978 divorce. Raised as a Baptist, she encountered faith with Nichiren Shoshu Buddhism in 1971, crediting the spiritual chant of Nam Myoho Renge Kyo, which Turner claims helped her to endure during difficult times. (Wikipedia)

This concert footage is part of Tina’s “comeback” tour after those early, disastrous years with Ike Turner. I wrote in a previous post about Tina’s life as portrayed by Angela Bassett in “What’s Love Got to Do With It?”and what a remarkable life Tina has endured. She’s always been my idol since I was a child and after seeing Tina looking hot in this white leather outfit and her boundless energy I stopped boohooing about baby weight gained after my daughter and got my butt back into the gym.

Seeing her in concert was a night I’ll always treasure. That woman is all that and no one compares. If you haven’t had the pleasure.

After her divorce from Ike Turner, Tina rebuilt her career through live performances. In the early 1980s, she launched a major comeback with another string of hits, starting in 1983 with the single “Let’s Stay Together” followed by the 1984 release of her fifth solo album Private Dancer which became a worldwide success. “What’s Love Got to Do with It”, the lead single won three Grammy Awards including Record of the Year. (Wikipedia)

Her solo success continued with the multi-platinum albums Break Every Rule and Foreign Affair and with singles such as “We Don’t Need Another Hero (Thunderdome)”, “The Best” and “GoldenEye” for the James Bond film of the same name. “What’s Love Got to Do with It” was later used as the title of a loosely based biographical film adapted from her autobiography.

In addition to her musical career, Tina has also experienced success in films, including the role of Acid Queen in the 1975 rock musical “Tommy”, a starring role alongside Mel Gibson in the 1985 action film Mad Max Beyond Thunderdome, and a cameo role in the 1993 film Last Action Hero. (Wikipedia)

Tina’s critically acclaimed role as “The Acid Queen” in The Who’s “Tommy” (1975) was outstanding! Still a classic today.

If you weren’t on acid, you sure felt like it!

One of the world’s best-selling music artists of all time, she has also been referred to as The Queen of Rock ‘n’ Roll. Tina has been called the most successful female Rock ‘n’ Roll artist, receiving eleven Grammy Awards, including eight competitive awards and three Grammy Hall of Fame awards.

Miss Turner has also sold more concert tickets than any other solo performer in history. Her combined album and single sales total approximately 180 million copies worldwide, making her one of the biggest selling females in music history.

Her Tina!: 50th Anniversary Tour became one of the highest selling ticketed shows of 2008–09. Rolling Stone ranked her no. 63 on their 100 greatest artists of all time and in 1991, she was inducted into the Rock and Roll Hall of Fame. (Wikipedia) 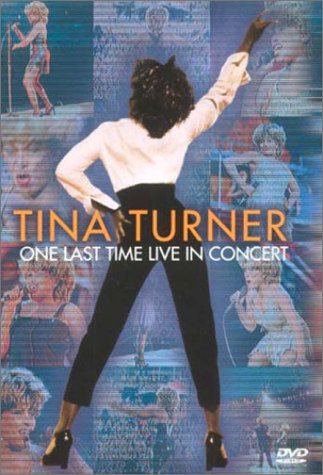 Tina Turner’s career has been a marvel to watch. Despite all odds, she brought herself up from Nutbush to the pentacle of success in music, film, and continues to be an inspirational figure.

Thank you, Tina, for uplifting my life and demonstrating that you can accomplish whatever you want with determination and faith. You are simply the best!