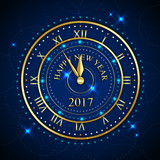 This New Year’s Eve some of us movie junkies are staying in for the festivities. If you’re doing the same, I recommend adding to your viewing list, “Ocean’s 11.” It’s a great New Year’s Eve, buddy movie and heist caper all in one. What better way to ring in the new year than with the coolest guys to ever hit the strip.

I can just hear Sinatra’s proposal.  How about this, we’ll shoot a film during the day in Las Vegas then party and work the Sands Hotel at night.  Unanimous vote.  (EE-O-Eleven.)

Look out Vegas, here we come!

Humphrey Bogart (regarded as the greatest male star by the American Film Institute in 1999) originated the concept of the “Rat Pack” with his “Clan.”  He was “the man”, holding court nightly in the 50’s at Holmby Hills. (home of Bogey and his wife Lauren Bacall)  He passed the torch to Frank Sinatra, (an original member of Bogart’s “Pack” who served as “pack master.”)  After Bogey’s death in 1957,   Frank’s boys became his “Rat Pack.”

Angie Dickinson and Shirley MacLaine were often referred to as the “Rat Pack Mascots.”

Danny Ocean isn’t really a fictional character, he IS Frank Sinatra.  Believe it, his boys would do anything for him. Except for Dean, he was the only one who ever said no to old blue eyes.  Frank really dug Dean’s truthfulness.

The plot revolves around a group of former World War II army buddies (under the command of Danny Ocean) conspiring to rob, on New Year’s Eve, five casinos on the Vegas strip.  When Peter Lawford presented the story idea Frank Sinatra joked: “Forget the movie, let’s pull the job!”

Whenever one of the “Pack” was performing at a club in Vegas, the others would show up to support and usually put on an impromptu performance.  While they were in town, Las Vegas was jam packed with admirers hoping to catch a show.

This performance was on June 20, 1965, featuring, Frank Sinatra, Dean Martin and Sammy Davis, Jr.   Johnny Carson (known for The Tonight Show) served as the emcee, filling in for Joey Bishop who had hurt his back.

It would be their only televised concert together.

Set in Prohibition-era Chicago, the film is a take on the classic Robin Hood tale.  This engaging musical features the Academy Award nominated song “My Kind of Town” sung by Frank Sinatra.

My favorite number is “Mr. Booze” sung by Bing Crosby.  I love this scene because Robbo’s (Sinatra) club miraculously converts into a mission (due to some clever architectural tricks) to fool the police during a raid.  Robbo’s gang breaks into the gospel version of “Mr. Booze” with Alan A Dale (Crosby) preaching and Little John (Dean) testifying on the lessons of temperance.

Peter Lawford was originally cast as Alan A. Dale, but due to a falling out with Frank Sinatra, Bing Crosby took over the role.  At the time, Lawford’s brother-in-law was President John F. Kennedy and Lawford had arranged for The President to stay at Sinatra’s home.  However, because of concerns over Frank’s ties to the “Mob”, the plans were scrapped.

“Don’t be a Do-Badder” sung by Bing Crosby

My favorite Rat Pack movie reference line is from Clueless (1995).

Cher’s dad talking to her date who is dressed circa 60’s “Pack” style:

“What’s with you kid? You think the death of Sammy Davis, Jr. left an opening in The Rat Pack?”   Too hilarious!!

Over 50 years later, Frank Sinatra, Dean Martin, and Sammy Davis, Jr. are still the coolest guys to ever hit the Vegas Strip!

“My Kind of Town” Frank -Robin and The 7 Hoods

Peter Falk “Robin and the 7 Hoods”

2 responses to “The Coolest Guys to Ever Hit the Vegas Strip!”