Two unstable people with access to nuclear bombs is a serious recipe for disaster! One mad man got elected President. The other is the supreme ruler of N. Korea.

This is strikingly close to the storyline of Dr. Strangelove and in reality my daily nightmare!

“Dr. Strangelove” is the 1964 political satire black comedy film that satirizes the Cold War fears of a nuclear conflict between the Soviet Union and the United States. The film was directed, produced, and co-written by Stanley Kubrick, stars Peter Sellers and George C. Scott, and features Sterling Hayden, Keenan Wynn, and Slim Pickens. Production took place in the United Kingdom. The film is loosely based on Peter George‘s thriller novel Red Alert (1958). (Wikipedia) 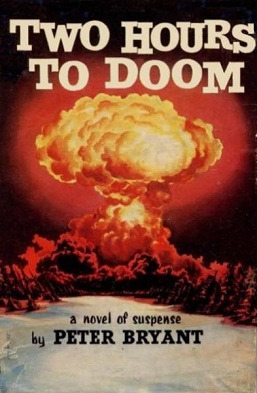 (“Red Alert” originally published in the UK as Two Hours to Doom, with George using the pseudonym “Peter Bryant”)

The story concerns an unhinged United States Air Force general who orders a first strike nuclear attack on the Soviet Union. It follows the President of the United States, his advisers, the Joint Chiefs of Staff, and a Royal Air Force (RAF) officer as they try to recall the bombers to prevent a nuclear apocalypse. It separately follows the crew of one B-52 bomber as they try to deliver their payload. “Dr. Strangelove” is Stanley Kubrick’s masterpiece about the absurdity of war that nevertheless is a daily possibility!

Peter Sellers is at his over the top best with his performance as nutcase Dr. Strangelove. (and a few other characters) A wheelchair-bound nuclear scientist with bizarre ideas about man’s future. The entire war room scene totally represents the lunacy of nuclear war. 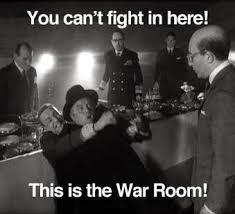 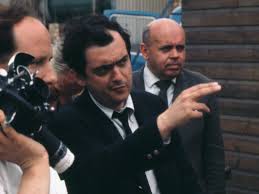 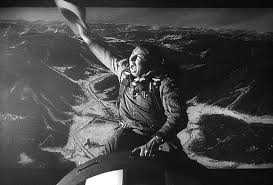