The Academy Award winning film, “All the President’s Men” is the 1976 American political thriller directed by Alan J. Pakula and starring Robert Redford and Dustin Hoffman. I believe it’s the best film on the Watergate scandal and the incredible journalism of Carl Bernstein and Bob Woodward.  The gold standard of journalists, their hard work ultimately uncovered the truth of the events that changed the course of American history; the first time ever that an American President resigned from office.

The Plot: On June 17, 1972, a security guard (Frank Wills) at the Watergate complex finds a door kept unlocked with tape. He calls the police, who find and arrest five burglars in the Democratic National Committee headquarters within the complex. The next morning, The Washington Post assigns new reporter Bob Woodward (Robert Redford) to the local courthouse to cover the story, which is thought to be of minor importance.

Woodward learns that the five men, four Cuban-Americans from Miami and James W. McCord, Jr., had bugging equipment and have their own “country club” attorney. At the arraignment, McCord identifies himself in court as having recently left the Central Intelligence Agency and the others also have CIA ties. Woodward connects the burglars to E. Howard Hunt, a former employee of the CIA, and President Richard Nixon‘s Special Counsel Charles Colson. (Wikipedia)

Carl Bernstein (Dustin Hoffman), another Post reporter, is assigned to cover the Watergate story with Woodward. The two are reluctant partners but work well together. Executive editor Benjamin Bradlee (Jason Robards) believes their work is incomplete, however, and not worthy of the Post’s front page. He encourages them to continue to gather information.

Woodward contacts “Deep Throat” (Hal Holbrook), a senior government official, an anonymous source he has used in the past. Communicating through copies of The New York Times and a balcony flowerpot, they meet in a parking garage in the middle of the night. Deep Throat speaks in riddles and metaphors about the Watergate break-in, but advises Woodward to “follow the money.” (Wikipedia)

I was in high school when the Washington Post reporters Carl Bernstein and Bob Woodward uncovered the historic Watergate scandal and I have never forgotten the outrage and for some disbelief that the President of the United States was guilty of a cover-up; it shook American politics to its core. 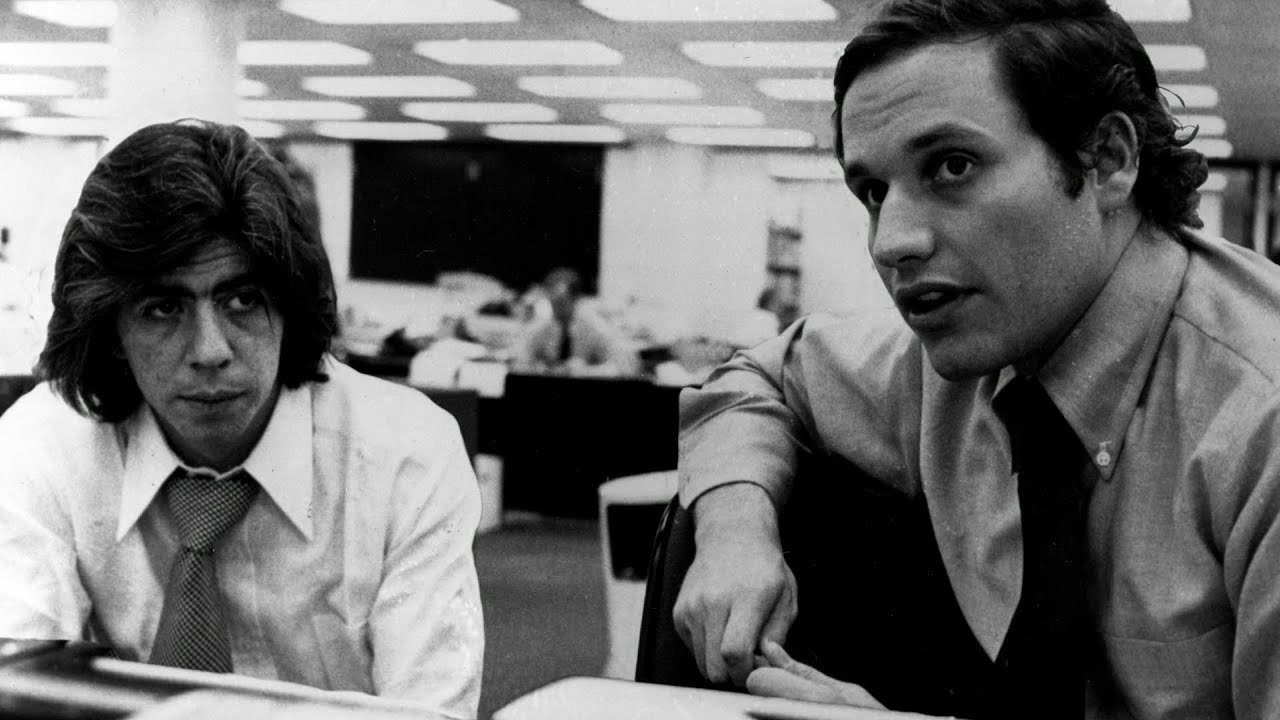 However, it was true and instead of being impeached Nixon resigned his office. That is why the overwhelming evidence against the current resident of 1600 Pennsylvania Ave is so very shocking; Richard Nixon did far less and with a bi-partisan agreement, Articles of Impeachment were drawn.

“All the President’s Men” is the 1974 non-fiction book by Carl Bernstein and Bob Woodward, that was subsequently made into the motion picture starring Dustin Hoffman and Robert Redford. The book chronicles the investigative reporting of Woodward and Bernstein from Woodward’s initial report on the Watergate break-in through the resignations of H. R. Haldeman and John Ehrlichman, and the revelation of the Nixon tapes by Alexander Butterfield in 1973. (Wikipedia) 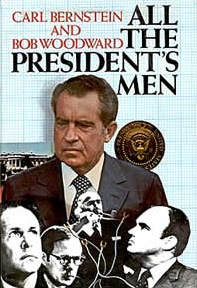 It relates the events behind the major stories the duo wrote for the Post, naming some sources who had previously refused to be identified for their initial articles, notably Hugh Sloan. It also gives detailed accounts of Woodward’s secret meetings with his source Deep Throat whose identity was kept hidden for over 30 years. Gene Roberts, the former executive editor of The Philadelphia Inquirer and former managing editor of The New York Times, has called the work of Woodward and Bernstein “maybe the single greatest reporting effort of all time.” (Wikipedia)

To hear more about the history of Watergate from the words of the reporters themselves: Bob Woodward and Carl Bernstein.