I usually hate remakes, check out a previous post on this very subject – “To Remake or Not to Remake, That is the Question” – especially when the original says it all, you can’t imagine any other actors (think Casablanca) and is iconic.

Or, the movie is just horrible, to begin with, and we don’t need to be put through that torture again. WHY??!!!

However, there are a few exceptions to this rule and I’m going to put the remake of the 1959 classic “House on Haunted Hill” by legendary film director, William Castle on the EXCEPTION list.

The film was written by Robb White and stars the incomparable Vincent Price as eccentric millionaire Frederick Loren and (Carol Ohmart) as his wife Annabelle, who have invited five people to the house for a “haunted house” party. (Wikipedia)

Whoever stays in the house for one night will earn $10,000. As the night progresses, all the guests are trapped inside the house with ghosts, murderers, and other terrors. 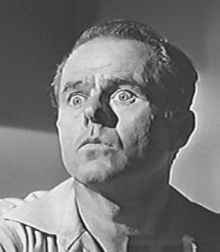 The owner of the house, Watson Pritchard’s vivid descriptions of all the deaths and heads in the house is awesome! The more he drinks the more colorful the tales become.

Vincent Price’s disembodied head narrating during the opening credits is (sorry, had to do it) Priceless! 😁

I’m a huge fan of the B-Movie Director because he personifies the “show” in show business. His movie gimmicks are legendary! In my favorite, “House on Haunted Hill”, it was Emergo (A skeleton with red lighted eye sockets that floated over the audience in the final moments of the film).

Once word spread about the skeleton, kids had to get in on the act by trying to knock it down with candy boxes, soda cups, or any other objects at hand.

I saw the film at a Halloween special performance and the skeleton floating across overhead was Fantastic! Classic Castle!

If it weren’t for my kids, I probably wouldn’t have sought out the remake but, when I walked into the family room and caught a glimpse of the action on the big screen, I was immediately drawn into the atmospheric effects.

Didn’t think I’d ever say this because William Castle films are sacred but, the remake is awesome, ratchets up the effects, and is creepy as HELL!!

Geoffrey Rush was fantastic as the sinister Steven Price (I believe the name change is an homage to Vincent), an amusement park mogul with a wicked sense of humor.  As in the original, his spoiled trophy wife, Evelyn Stockard-Price (Famke Janssen), in a disintegrating marriage with Steven insists on a haunted house themed birthday party. Capitulating to his wife, Price leases the house from the owner, Watson Pritchett (Chris Kattan). 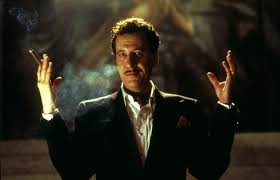 Evelyn gives Price a lengthy guest list which he promptly shreds to spite her and then creates one of his own. Five guests arrive for the party – Jennifer Jenzen (Ali Larter), Eddie Baker (super-fine Taye Diggs), Melissa Margaret Marr (Bridgette Wilson), Dr. Donald Blackburn (Peter Gallagher), and Pritchett himself. The guests are not those Price invited and neither Evelyn nor Price know who they are. (Wikipedia)

Despite this, Price continues the party’s theme, offering $1 million to each guest who stays in the house and survives until morning. Those who die forfeit the $1 million to the survivors.

Setting the house as a former insane asylum with a totally twisted Dr. at the helm, manifested a disturbing backdrop. Nothing worse than psycho ghosts trying to make you one of them.

With the remake of the 1963 haunted house classic, “The Haunting”, the 1999 version starring Liam Neeson, and Catherine Zeta-Jones, this updated “House on Haunted Hill” needed to insert a lot more horror and gore.

In keeping with the spirit of William Castle‘s tradition of releasing each of his films with a marketing gimmick, Warner Bros, and Dark Castle supplied movie theatres with scratch-off tickets that would be given to anyone who paid to see the film. The scratch-off ticket would give each movie patron a chance to win money much like the characters in the film. (Wikipedia)

Although not my beloved original, I found this remake to be a creepy fun time. 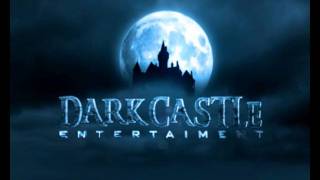